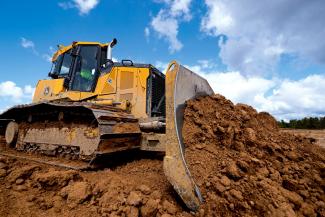 Hedge Funds - Like Picking up Pennies with a Bulldozer

Like picking up pennies with a bulldozer.  That simile was how a finance professor long ago described the operation of a hedge fund. As defined, hedge funds are privately managed investment pools or funds that utilize sophisticated strategies, employ excess leverage, use derivatives and benefit from their less regulated nature to generate investment opportunities that are substantially different from opportunities offered by traditional asset classes. The goal of most hedge funds is to reduce volatility and risk while attempting to preserve capital and deliver large positive returns under all market conditions. Because of their structure, hedge funds are able and often inclined to dig deeper than traditional investment vehicles, like mutual funds, in looking for investment opportunities. These highly regulated, unconstrained funds often target investments that are too illiquid, small or complex for investment vehicles like mutual funds. By utilizing investment tools, techniques and trade structures that are often unavailable to mutual funds, hedge funds are able to engineer return streams that look much different than traditional stock or bond investment allocations. It is with these tools, techniques and trade structures and how they are employed within a fund that we can differentiate one hedge fund from another.

The first hedge fund was created and offered in 1949 by an investment partnership established by Alfred Winslow Jones, who is widely regarded as the father of the hedge fund industry.  In its 34 years of operation, Jones’s hedge fund lost money in only 3 years, in contrast to the S&P 500 which had 9 down years in the same period. Early hedge funds were based on the concept of arbitrage which is an attempt to earn risk-free returns from the simultaneous purchase and sale of identical positions trading at different prices in different markets. The offsetting positions resulting from the purchase and sale formed a hedge. Hedge funds of today cover a broad array of strategies including arbitrage, long-short, distressed assets, private equity, derivatives and leverage. It is through the excessive use of leverage and derivatives that hedge funds are able to magnify the usually smallish gains (the pennies) that hedged strategies often generate. Think of the hedging strategy then as the means by which the bulldozer picks up all those pennies.

Hedge funds remain today the domain of the high net worth investor, pension funds, endowments, insurance companies and private banks. Hedge funds are only available to qualified or accredited investors, defined as individuals with an annual income above $200,000 or a net worth exceeding $1 million, excluding their primary residence. Hedge fund managers may accept up to 35 non-accredited investors, which exceptions are often reserved for friends and family. Entrance to this corner of the investing world comes with a steep price as hedge funds typically charge a management fee of about 2% which is a flat charge on the assets of the hedge fund and an incentive or performance fee, the latter which is earned by the hedge fund manager if the fund makes money. The performance fee (generally about 20%) can be quite lucrative for the manager. Today, there are over 10,000 active hedge funds with approximately $3.2 trillion under management. As a group, hedge funds at $3.2 trillion may seem like a minor role player, especially when compared to the almost $18 trillion currently managed in domestic mutual funds. Do not let the size disparity fool you. The magnification of their bets (through excessive leverage and the use of derivatives) and the high levels of trading volume they generate in underlying asset markets means that their impact may well be disproportionately large.