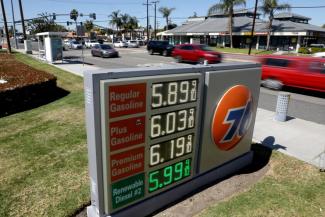 Investor Outlook - What is next?

In our January newsletter to clients we wrote, “There are several potentially disruptive forces (not including the ongoing global pandemic) which may subject financial markets to sharp volatility swings in the coming year. Accordingly, our key investment themes for 2022 will be a tightening of US monetary policy, surging inflation, and an expected slowing of corporate earnings growth.” Unfortunately, while each of our predictions has come true the real reason behind the dismal investment performance thus far in 2022 is the combination of these prediction outcomes together with the war in eastern Europe. In retrospect, the financial markets would have eventually accepted a tightening posture of the Fed to combat inflation, however, the war in Ukraine and what the future holds for Europe was just too much for the markets to digest. Not forgetting for a moment the horrible loss of life, the real question will present itself after the fighting as Europe and the rest of the global economy decide what to do with Russia (#11 worldwide by GDP in 2021). In Q1, US GDP declined 1.5%, a reading which reflected decreases in private inventory investment, exports, and government spending (all levels). The largest negative in the GDP calculation was an historically large trade deficit which in April alone reached $110 B. This import data points to an American consumer who continues to spend despite persistently high inflation. Consumer spending, which accounts for about 65% of GDP, appears to be transitioning away from goods (autos, appliances, and furniture) and housing and back to services (dining out, travel and entertainment). Contradictions abound as recession worries increase against a background of strong consumer demand, good wage growth and historically low unemployment.

Are we heading to a recession?  Possibly, but it might be better to focus on how severe and long-lasting any recession might be and how ensuing conditions would impact portfolio investment decisions going forward. In our view, a recession is more likely (about 30%) in 2023 than in the remaining months of 2022. (Note – we believe that the likelihood of any near-term recession may already be priced into the S&P 500.)  It should be noted that few economists (who view a recession as likely) are predicting the type of sharp downturn seen in 2007-09 and 2020, which recessions were the two deepest since World War II. Recessionary pressures are building as our economy faces the combined impacts of a higher dollar, quickly rising interest rates, a slumping stock market, declining business and consumer confidence and an end to Covid aid.  Some common sense may also apply here. If you think and talk enough about something bad (like a recession) eventually what you fear may become a reality!

We think the fight against inflation should be our biggest concern. Inflation is viewed as a negative for the stock market because it starts a chain reaction of increased borrowing and input costs (materials and labor), a subsequent lowering of expectations for earnings growth and the resultant downward pressure on stock prices – sounds familiar! History suggests that surging inflation, if allowed to go unchecked, will shorten or end any period of prosperity whether measured in terms of economic expansion or a bullish stock market. Is the Fed up to the task? Honestly, we have some concerns, in particular, that an overly aggressive Fed could go too far or too fast in raising rates. We base our concerns on the belief that the current high inflation was not caused primarily by easy Fed policy in response to the pandemic of 2020, rather it has many other causes including soaring consumer demand, supply chain bottlenecks, historic government stimulus (CARES), computer chip shortages and a revolution within the American workplace. Said another way, the Fed may not be able to remedy (by raising rates) a problem that it alone did not create.