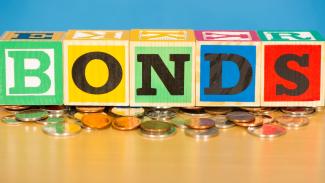 As defined, a bond is “an interest bearing security that obligates the issuer to pay the bondholder a specified sum of money (known as the coupon) at specific time intervals (often is semiannual) and to repay the principal amount of the loan at maturity.”  When you buy a house, your lender (a bank) lends you the money and you agree to pay the bank back, with interest, at an agreed upon date (the maturity date) in the future. With a bond, the roles are reversed and you are the bank and the borrower is a government (federal, state or municipal), government agency or corporation.  You, as the owner of a bond, are entitled to a series of cash flows. For coupon bonds, the cash flows start with the payment of the semiannual coupon in each year of the bond’s term. Coincident with the final coupon payment is the return of the face value of the bond, which is the principal amount of the borrowing.

Most investors are surprised to learn that on a total value basis the US bond market (about $46 trillion) is more than twice the size of the US stock market (about $20 trillion).  In choosing what securities to place within the fixed income portion of our portfolios, we typically focus on four different types of bonds: US Treasury, Agency, Municipal, and Corporate. Treasuries, which make up about 40% of the US bond market, are debt obligations issued and backed by the full faith and credit of the US government and are considered to have low credit or default risk. Treasuries with short-dated maturities (4 to 52 weeks) are called bills, those with intermediate maturities (2, 3, 5, 7 and 10 years) are notes and those with long maturities (20 and 30 years) are bonds.

Agency bonds are issued by either agencies of the US government or government-sponsored enterprises (GSEs), the latter which are federally chartered corporations owned by public stockholders. While bonds issued by agencies like the Government National Mortgage Association (Ginnie Mae) are backed by the US government, those issued by GSEs (examples are Federal Home Loan Bank and Federal Farm Credit Bank) are not and thus are subject to credit and default risk. Municipal bonds are debt obligations issued by states, cities, counties and other public entities. In general, the interest you earn from municipal bonds is exempt from federal income tax and in some cases, state, or local income tax, depending on whether you are a resident of the same state as the borrower. Municipal bonds can generally be classified into two types: general obligation bonds and revenue bonds. General obligation bonds are backed by the full faith and credit of the governmental entity, which has an unlimited authority to tax residents to pay the bondholders. In contrast, revenue bonds are backed by the revenue generated by the specific project (examples are toll roads, airports and water and sewer plants) being financed by the bond issue.

Corporate bonds, which account for about 15% of the US bond market, are debt obligations issued to fund capital improvements, expansions, debt refinancing and/or acquisitions. The financial health of the borrower and its perceived ability to make interest and principal payments required under the bond are analyzed and rated by three primary ratings agencies: Standard & Poor’s (S&P), Moody’s and Fitch.  Ratings above Ba1 by Moody’s and BB+ by S&P and Fitch are considered investment grade, while ratings under those thresholds are considered non-investment grade or high yield. Ratings and yield have an inverse relationship in that higher rated bonds pay lower yields and those with lower ratings (and increased credit and default risk) pay higher yields.