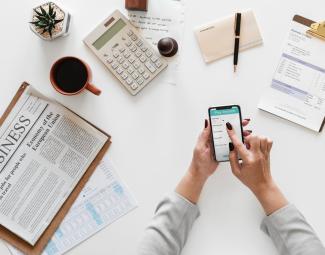 Changes from our January 2018 Market Watch are noted in italic.

We will continue to target an average fixed income portfolio duration in the short-to-intermediate term, or about 3 to 7 years.

Data – During Q1, the equity markets fell and volatility surged as investors focused on new inflation worries, a more aggressive Fed, metals tariffs and a potential trade war and a slumping technology sector. For 2018, we see the following benchmark returns:  US Large Cap – DJIA (-2.48%) and S&P 500 (-1.22%), US Small Cap - Russell 2000 (-0.47%) and International - ACWX (-0.52%). GDP, the broadest measure of economic output, for Q4 showed an annualized growth rate of +2.9%, which followed stronger results in Q2 (+3.1%) and Q3 (+3.2%). Volatility (as measured by VIX) jumped during the quarter finishing Q1 at 19.97, in line with the long run average of 20.0. Notwithstanding the volatile equity markets, domestic economic data for Q1 was generally positive. During the quarter, the yield on the benchmark 10-year US Treasury rose from 2.40% to 2.74%, reaching a 2018 high mark of 2.94% on February 21st.  Monthly job growth averaged 237,000 in December, January and February as the national unemployment rate remained at a low 4.1%. New weekly unemployment claims averaged 228,923 in Q1 (compared to 238,692 in Q4) and in early March reached a level not seen since 1970. Consumer confidence, as measured by the Conference Board, remained elevated and in February recorded the highest reading since November of 2000. Inflation, as measured by the change in the Consumer Price Index, was above the Fed target of 2.0% for the sixth month in a row.   The housing sector suffered through the difficult winter quarter with declining new home sales and inconclusive housing start data.

Outlook –  At its March 20/21st meeting, the Federal Reserve raised its benchmark interest rate by 0.25% to a range of 1.50 to 1.75%.   This hike, which was widely expected, was the sixth such increase since the bank cut its rate to nearly zero during the 2008 financial crisis. The Fed remains on track to continue with gradual interest rate hikes projecting two more hikes of 0.25% in 2018, followed by three additional hikes in both 2019 and 2020 and the process of balance sheet tapering begun in last fall. We will renew our view that the dual strategy of interest rate normalization and balance sheet reduction will be a difficult one for the Fed to execute and the potential for policy misstep is a risk to US stock price growth as we move further into 2018. In his first news conference Fed Chairman Jerome Powell said the Fed looks “to balance two risks. One that we raise rates too much causing inflation to stay below our 2% target. The other is that we raise rates too slowly, letting the economy overheat and forcing us to move more quickly, triggering a recession. We are trying to take the middle ground, and the committee continues to believe that the middle ground consists of further gradual increases in the federal-funds rate.”

Market volatility surged in early March in response to the announcement by President Trump that he would soon impose steep tariffs on imported steel (25%) and aluminum (10%). US Trade Representative Robert Lighthizer has been directed to publish a list of products targeted for new tariffs by April 6th, at which time a 30-day comment period will begin. It is too soon to determine if this is the first phase of a broader trade war in which countries retaliate with tariffs of their own intended to protect their domestic industries.  In our view tariffs are essentially a tax added to the cost of imports, which cost is borne by producers and consumers here in the United States. Theoretically, this type of added tax can cause consumer prices to rise, pushing up inflation and curbing consumption. The subject of tariffs on metals has long been debated in Washington and even as their economic impact is small, the notion of new tariffs is symbolically important.  We believe that symbolism is just the opening volley in boldly negotiating a new method of dealing with China, which exports only a small portion of its steel to the United States. The eventual objectives may include, but not be limited to the protection of US intellectual property, a reduction in the US trade deficit and a leveling of the playing field for American companies doing business in China. In 2017, the US trade deficit with China reached $375 billion as US exports to China were only $130 billion and imports from China were $505 billion.  On March 22nd, a senior Trump administration official said “the goal is to get China to treat US companies in China the way we treat Chinese companies in our market. A forthcoming government report, he said “clearly demonstrates there are unfair practices by China as it relates to acquire US technology and to favor their companies over US companies.”

Much of the recent developments on the proposed tariffs has involved the ongoing discussions by the US with key allies and trading partners on exempting them from the US metals tariffs. Mr. Lighthizer recently “told the House Ways and Means Committee that the US is negotiating with Argentina, Australia, and the EU and will soon begin discussions with Brazil. He suggested that “exemptions may be in line for Canada, Mexico and South Korea (granted on March 25th), depending on the progress of broader trade negotiations with those nations.” If many of the requested exemptions are approved the burden of the metal tariffs will fall on Russia and China, which the administration has identified as national security challenges.  Mr. Lighthizer also reassured the Committee that “during the course of the request for exemption process, with respect to certain countries, the tariffs will not take effect.”