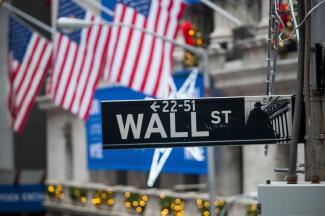 This report is written as an executive summary of how we have interpreted recent market, GDP and corporate earnings data.  If you have any questions, please do not hesitate to

Markets – October was a relatively calm month for investors as the equity markets continued their slow grind to new highs. Investors remained cautious with lingering trade

tensions, ongoing BREXIT drama and a month-end FOMC meeting all garnering attention. The October 29/30 meeting of the FOMC resulted, as widely expected, in a reduction of

25 bps in the central bank’s benchmark federal-funds rate to a range between 1.5% and 1.75%. Concurrent with the rate change, policymakers removed the phrase “will act as

appropriate to sustain the expansion” and replaced it with “will monitor economic activity as it assesses the appropriate path of rates.”  In October, domestic and international

GDP - The Advance Estimate of Q3 GDP growth released by the Bureau of Economic Analysis (www.bea.gov) showed that the US economy grew at an annual rate of 1.9% in the

third quarter of 2019, above consensus forecasts which ranged from 1.2% to 1.6%. The better than expected data was the result of continued consumer spending as well as

growth in consumption does mark a deceleration from the second quarter’s more robust 4.6% pace. As reported, “the increase in GDP reflected positive contributions from PCE,

investment and private inventory investment.” Business sentiment, particularly in the manufacturing sector (about 11% of domestic economic activity) remains weak.  The

ongoing trade conflict with China, woes at Boeing and the now resolved UAW strike on General Motors all generated a drag on Q3 GDP.

Earnings - The Q3 earnings season is well underway with over 70% of the companies in the S&P 500 having reported their quarterly earnings.  Thus far, the results are better than expected with 80% reporting (EPS) above estimates and 64% reporting sales above estimates. The combined impact of the stronger US dollar, slower global economic growth and trade tensions has been more noticeable in the reports of S&P 500 companies with higher (more than 50%) global revenue exposure. Blended earnings (actual plus estimated) are expected to decline 3.5%, which decline would be the first time since Q2 of 2016 that the index reported three straight quarters of year-over-year declines in earnings. On a sector basis, we see earnings growth in five sectors: Communication Services, Health Care, Industrials, Real Estate and Utilities. Three sectors are forecast to report large earnings declines: Energy (-39%), Materials (-10%) and Information Technology (-7%). From a valuation perspective, the forward 12-month P/E ratio is now 17.0 which is above both the 5-year and 10-year averages.