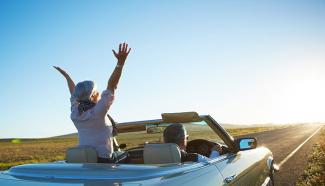 Is a Roth conversion right for me?

The Roth IRA, named for its principal legislative sponsor Senator William Roth of Delaware, was established by the Taxpayer Relief Act of 1997.  Roth accounts are funded by after-tax contributions which are not deductible. Similar to traditional IRAs, contributed assets in a Roth IRA grow tax free until withdrawal. Roth accounts have two big tax advantages: tax-free qualified withdrawals and no required minimum distributions (RMDs) after reaching age 72. The latter means that you can leave your Roth account untouched for as long as you live if you wish. The first question to ask when considering the suitability of a Roth for your circumstances is whether it is better to get a tax deduction now for contributing to a traditional plan or to put after-tax dollars into a Roth account and take tax-free withdrawals at a later date. Focus on whether you can expect your tax rate at time of withdrawal to be higher than your current tax rate – if yes, then a Roth might be a good choice for you.

What is a Roth conversion?  It is a transfer or rollover of the assets in a Traditional IRA (including SEP and SIMPLE) or qualified employer sponsored retirement plan (such as 401k, 403B and governmental 457) to a Roth IRA. The conversion is treated as a taxable distribution as you are deemed to have received a payout (or distribution) of the money then going into the new Roth account. A conversion is the quickest way to get a significant sum into a Roth IRA since you are not limited by a maximum annual contribution limit or eligibility based on your modified adjusted gross income. Many investors view a Roth conversion strategy as insurance against future tax increases that would otherwise hit withdrawals from their traditional IRA account. This insurance does, however, come with a cost – the taxes due on the taxable distribution from the traditional account. Be careful here. It is never a good idea to cover the tax with funds from the distribution itself, rather you should only consider a conversion if you are able to pay the income tax due upon conversion from funds in other savings accounts. High net worth individuals, with a large IRA balance (of money that is not needed in their lifetime), may view a Roth conversion as a means to reduce their gross estate (by paying tax on conversion) and leave their heirs an inheritance that could grow tax-free for years.

There are a number of reasons why a Roth conversion might not be right for you.  Not having ample savings to cover the tax bill resulting from a conversion or the expectation that your tax bracket will be lower in future years are both good reasons to avoid a Roth conversion. If a lower tax bracket becomes reality, you will be glad you kept some assets in a traditional IRA as the low brackets combined with larger standard deductions may allow future IRA RMDs to be withdrawn at lower rates for years. Generally, if you will need the converted funds within the next five years, a Roth IRA is not a good choice. This is because a five-year waiting period is required if you are under 59 ½ before you can withdraw the converted amount without owing a 10% penalty.  If you plan to leave your IRA to charity upon your death, it does not make sense to convert a traditional IRA, pay the taxes due and then leave the Roth IRA (with less money) to a charity. Take your time. Do not rush into a Roth conversion, for once converted the transaction itself cannot be recharacterized or undone.