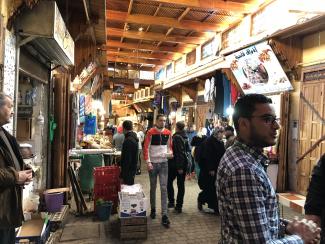 Should I invest in Frontier Markets?

Frontier markets are often referred to as the new emerging markets. Examples can be found in all parts of the globe starting in the west in the Americas (Argentina), moving east to Europe (Croatia, Romania and Serbia) then to Africa (Kenya, Morocco and Nigeria), to the Middle East (Jordan, Kuwait and Oman) and finally to Asia (Bangladesh, Sri Lanka and Vietnam).   These markets represent developing countries with high rates of economic growth, large and young populations, abundant natural resources and low labor costs, all of which provide the impetus for rapid technological and urbanization advances. Frontier markets, which represent almost 12% of global population, are seeing a rapid shift of workers from low productivity agricultural jobs to highly productive urban manufacturing jobs. These quickly changing markets offer low correlation with most developed global markets and the potential for significant investment returns over the long term.

Frontier markets are less transparent and have lower market capitalization and liquidity than the more developed emerging markets.  The lack of transparency and information available to investors in frontier markets can often contribute to a wide disparity between a company’s value and potential for growth and its current share price. Typically, a market is categorized as frontier if it is too small, too restrictive (either by choice or limited capacity) to foreign investment or simply less developed than those markets considered to be emerging ones.  Most investors are familiar with the risks associated with frontier markets, which risks can include political instability, corruption, poor public infrastructure (communication, roads, public transportation and modern sanitary services) and ineffective legal and regulatory institutions.

Indices for the frontier markets asset class are relatively new with the first index being launched in 2007. Though the competing indices (MSCI, S&P and FTSE) have wide variation, common themes are seen in largest market weightings (Argentina, Kenya and Nigeria) and largest sector weightings (banking and industrials). Many analysts believe that the best sector opportunity may be the consumer (both discretionary and staples) as growing populations coupled with low labor costs create a rising middle class hungry to purchase consumer goods and services. As an asset class, frontier market equities provide good investment opportunities and serve as effective diversifiers within a portfolio of global stocks. Frontier markets have a tendency to be more influenced by local than global economic and political developments and thus have low correlations to developed and emerging market equities.