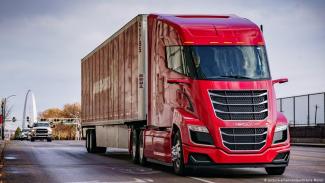 Here is a blank check. Go ahead, take it. Fill in whatever amount you want. I am not interested in the details (if there are any) on what you intend to buy. Try to finish your purchases in the next two years.  At that point we can decide how or if you will repay the loan. Does that scenario sound too good to be true? If it does, then a SPAC or special purpose acquisition company might be of interest. As defined, a SPAC (commonly known as a blank check company) “is a shell company that has no operations but plans to go public with the intention of acquiring or merging with a private company using the proceeds of the SPAC’s IPO.”  Said another way, a SPAC offers a backdoor route for a private company to go public. Instead of the traditional IPO process in which a company sells its shares through an investment bank, a SPAC avoids the investor road show and much of the regulatory scrutiny associated with an IPO and raises money first by selling shares in a shell company.

A sponsor promotes the SPAC offering, indicating how much money is being raised, and explains the general goal of the SPAC, which is to purchase an operating company in a given sector (technology, biotechnology and transportation are popular target sectors). The attention paid to SPACs often focuses more on the sponsor, than the possible acquisition targets. In 2020 (YTD) SPACs have raised almost $40 billion (79 deals), a new record beating the $13.6 billion (59 deals) raised in 2019. In July, billionaire hedge fund manager Bill Ackman’s Pershing Square Tontine SPAC raised a record $4.0 billion with an offering of 200 million units at $20 each. The highest profile SPAC transaction this year involved the reverse merger of Nikola, a manufacturer of zero emission trucks, with SPAC VectoIQ on June 4th.  At the time of its merger, Nikola faced a harsh climate for companies looking for capital as the markets entered bear market territory and the US economy headed into a deep recession.  Since the closing of the deal, investors have been on a wild ride as Nikola (NKLA) rose +800% over the summer only to fall back more recently amidst fraud allegations involving its visionary founder.

The growing popularity of SPACs since their introduction in 2009 is a bit surprising. What started as just a few deals per year is now an interesting alternative to the traditional IPO. SPACs have had a somewhat mixed reputation since their terms can favor the sponsor, and they can also be risky given the unknown end target.  The recent surge in SPACS comes amid heightened market volatility in the wake of the coronavirus pandemic. What do SPACs offer to the investor?  Simply, SPACs offer loss protection on the downside as well as the potential for share price gains on the upside. Here’s how. When you buy a share in a SPAC, your money is held in trust. Remember, there are no physical operations, no buildings, no products or services to sell. Hopefully, that will all come later. You receive shares representing the shell company, which shares are listed. In addition, you also receive an out-of-the-money warrant which allows you to purchase more shares at a set price after the SPAC makes an acquisition. As a SPAC shareholder you are also entitled to redeem your investment in full, plus interest, before an acquisition is completed if you choose to not accept the shares in the new operating company. It is this ability to redeem the shares that keeps share prices at or near the offering price (typically $10/share) until a deal is announced or becomes the subject of rumor.  If the SPAC fails to identify an acquisition target within 24 months, it liquidates, and investors get their money back.