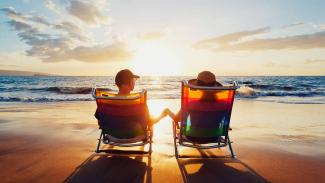 What is the SECURE Act?

Signed into law by President Donald Trump on December 20, 2019 the Setting Every Community Up for Retirement Enhancement Act (SECURE) provides new legislation that will affect employer retirement plans, individual retirement accounts (IRAs) and Section 529 college savings plans. The SECURE Act makes numerous changes to both the Internal Revenue Code (IRC) and Employee Retirement Income Security Act (ERISA) that will expand retirement plan coverage for workers and increase savings opportunities.  Several provisions of the Act became effective on the date of signing, while others became effective on January 1, 2020.  First approved by the US House of Representatives in May of 2019, the Act languished in the Senate until it was included as an attachment to year-end federal budget appropriations. Here are some of the key provisions in this historic legislation affecting retirement.

IRA Contribution Limits – Beginning in 2020, individuals who continue to work in retirement can make traditional IRA contributions at any age as the Act eliminates the previous age limit of 70.5. This change would appear to recognize that age limits were arbitrary and that Americans are now working longer in order to save what they need for a comfortable retirement.

Inherited IRAs – Also known as “stretch IRAs” for the ability to stretch post death payments based on the life expectancy of the beneficiary. Beginning with deaths after December 31, 2019 there will no longer be RMDs, however, the entire account must be distributed by the end of the 10th year following the death of the owner. Exceptions to the new 10 year draw down are surviving spouses, minors, beneficiaries less than 10 years younger than the decedent and disabled or chronically ill beneficiaries.  For deaths occurring prior to the Act, the old payout rules will apply.

529 Plans – Assets in these college-savings plans can now be used to repay qualified student loans with a lifetime limit of $10,000.  Tax-free plan distributions can now also be used to pay for registered apprenticeship programs with eligible program expenses including fees, books, supplies and required equipment.

Qualified Birth or Adoption Distribution – This exception would allow a penalty free distribution of up to $5,000 from an IRA or employer plan to new parents to be used for birth and/or adoption expenses, through the first year after the birth or adoption.

Small Businesses – There are several provisions in the Act which will make it easier for small businesses to offer retirement plans to their employees, including a provision that allows unrelated small businesses to band together to open Multiple Employer Plans (MEPs) which allow for the pooling of resources and sharing of retirement plan costs. Small employers who start a new retirement plan will now be eligible for an increased tax credit of up to $5,000.  An additional $500 tax credit is available for employers who add automatic enrollment to their plans.

Part-time Workers – Allows for part-time employees, who have worked at least 500 hours during each of three consecutive 12-month periods, to be eligible to participate in 401(k) plans.

Annuity Options – The Act now allows employer-sponsored plans to offer annuities as a retirement plan option. I have previously written about my general dislike of annuities. This provision, which was heavily lobbied for by the insurance industry, is one of the few provisions of the Act that does not better serve the interests of the American worker.