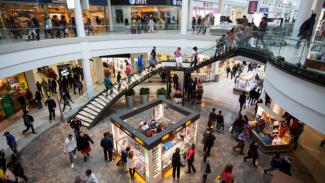 The Advance Estimate of Q1 GDP growth released recently by the Bureau of Economic Analysis showed that the US economy contracted at an annual rate of -4.8%, in line with consensus forecasts which ranged from -2.1% to -5.8%. This reading suggests the extent of the damage caused by an unprecedented set of business operational halts and widespread stay-in-place orders. Forecasts for Q2 GDP are far more grim, with a range from -16.8% to an unprecedented contraction of -35.6%. Where we go from there is open to much debate. The study of the last seven US recession and recovery cycles suggests that the road to recovery often follows one of several patterns. A V-shaped recovery includes sharp declines in GDP and surging unemployment and then a quick, broad recovery.  It is interesting to note that six of the last seven US recessions have experienced a V-shaped recovery, the only exception being the most recent financial crisis (2007).  In a U-shaped recovery we see a sharp drop in economic activity, then a longer period of stabilization or bottoming and then a quick, broad recovery. In a W-shaped recovery, the economy falls into recession, recovers for a short period only to fall back into recession before finally recovering. An L-shaped recovery anticipates a short recession followed by a period of slow and steady growth.

It is all about the timing. How long will it take for reopening to occur here in the US and when will medical advances in the fight against Covid-19 make consumers comfortable to leave their homes again? The longer the shutdown, the greater the economic damage and the more difficult the climb to recovery. The sequence of lockdown, monetary and fiscal stimulus, reopening and then a gradual return to normalcy will be one followed by nations across the globe. Here in the US planned re-openings, by state, need to be in sync to create the type of real momentum needed for strong growth. The impact of this crisis will differ substantially between sectors and industries and show more losers (Consumer Discretionary, Energy, Financials, Industrials and Materials) than winners (Communication Services, Consumer Staples, Health Care and Technology).  As we look to the future, we must remember that until just a few weeks ago the US economy was in solid shape with good prospects for growth in 2020 and a financial sector that was strong and well capitalized with adequate reserves. Notwithstanding the awful unemployment claims data recently, we must note that more than 50% of all claims reported being temporarily laid off which suggests that many workers could return to work quickly if economic conditions improve with reopening.

As of today, we think a modified V-shaped recovery it still a good possibility. In this modified version we initially see a strong rebound due to pent-up demand and historic monetary and fiscal stimulus already in place.  This modified V-shape has also been called a square root (√) recovery in which growth flatlines well before reaching prerecession levels. It is at the point of flatlining that the financial markets could again be most vulnerable. After a sharp initial rise in growth (Q3 and Q4 in 2020), consumer exuberance will fade and a focus on economic fundamentals will take over. Much of any step-down in trend growth will be the result of losses suffered in consumer discretionary categories like travel, tourism, hotels, restaurants and retail, all of which have been deeply hurt by social distancing and other containment measures.   These losses may never be recovered as Americans adjust to life in the new normal. The uncertainty in the path forward is rooted in the difficulty in predicting how geographies, supply chains, retail channels and consumer behaviors will evolve over time.