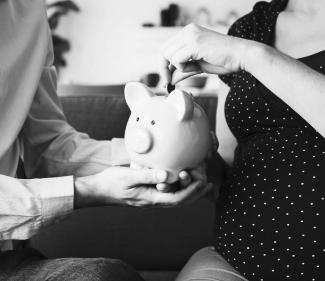 What is a Yield Curve?

As defined, a yield curve “is a graphical representation or plot of interest rates of bonds having equal credit quality but differing maturity dates.” A yield curve shows the difference in interest rates along the vertical axis and maturities (time) along the horizontal axis. The curve most commonly referred to as “the yield curve” reflects the short (three-month and two-year), intermediate (five-year and 10-year) and long-term (30-year) rates of US Treasuries.  The Treasury yield curve is often considered a proxy for investor sentiment and can be used by investors to help gauge the direction of the economy.  The factors that can influence changes in the yield curve differ on either end. Short-term interest rates (the short end of the curve) are typically influenced by expectations of domestic monetary policy.  Short-term rates will often rise when the Fed is expected to raise rates and fall when it is expected to cut rates.  The long end of the yield curve is typically influenced more by economic growth predictions, inflation and investor sentiment.

The shape of the Treasury yield curve has long been a reliable indicator of current and future strength of the economy. There are three main types of yield curve shapes: normal, flat and inverted.  A normal curve slopes upward from left to right on the graph as maturities lengthen and yields rise. This makes sense.  If you are a lender, you would expect to be rewarded for the increased risk you would assume in making a long-term loan commitment versus a shorter one. A flat yield curve is often called a yield curve in transition and occurs when short-term rates rise to the point in which they are close to long-term rates. History suggests that while a flattening yield curve does not by itself reduce growth expectations it nonetheless often leads to an economic slowdown and lower interest rates. An inverted yield curve occurs when short-term rates have risen above the long-run natural rate of interest. An inverted or downward sloping curve suggests yields on longer-term bonds may continue to fall, corresponding to periods of significant economic slowdown or recession. The thinking here is that the yield curve inverts because the markets expect the Fed to cut rates once the economy goes into recession.  Traders try to get ahead of the anticipated move by the Fed and buy longer dated bonds to lock in relatively high rates.

In December we saw the first yield curve inversion since 2006 as the interest rate on five-year Treasury bonds fell below the rate on three-year bonds. This is typically referred to as a partial inversion while a full inversion would be when interest rates on two-year Treasury bonds rise higher than rates on 10-year bonds.  If we look back to 1969 (and the last 7 full yield curve reversions), we see that in each case an economic recession followed within about 14 months. Will this time be different?  That is a very difficult question to answer.  This is no disagreement that an inverted yield curve when the US economy is growing nicely is a problem for the Fed. One assumption would be that short-term interest rates will decline either because the US economy slides into recession or the Fed takes preemptive action and lowers them in time to avoid a recession.  This complex problem could very well cause the Fed to depart from its well communicated plan of rate normalization and instead ease up on upcoming interest rate hikes.  One of the recessions predicted by yield curve inversion was the recent one, starting in December of 2007, which was preceded by a curve inversion in February of 2006.  Adding to the confusion for investors is the fact that while recession followed on average about 19 months after the last five yield curve inversions (1978, 1980, 1989, 1998 and 2006), in the 12-months following the inversion the S&P 500 rallied on average +14.2%.